The Shawshank Redemption [1994]:
Hmmf. If you want to watch only one movie in your entire lifetime, watch this one. You won’t regret. There are very few movies that actually make you think differently about your life. This one is one of them. WATCH IT. 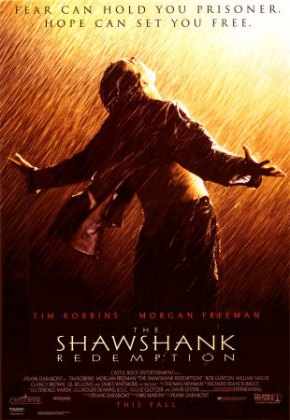 The Matrix [1999]:
Sometimes I have this wired feeling: do I really exist? Am I dreaming all these? What’s the purpose of living in this world? Am I being controlled by someone else? :p. In ‘Matrix’, you are living in a simulated world controlled by computers, populated by *fake people*. It describes a future in which the world is actually a simulated reality (Matrix) created by machines. By help of Morpheus, Neo (a computer hacker; Keanu Reeves) wakes up with his real physical body in the real world. Excellent movie. Best sci-fi movie ever.

Pather Panchali [1955]:
First movie of Apu Trilogy. This movie covers the years of Apu’s early childhood. Apu is a poor boy from a rural village in Bengal. He spends his childhood with his elder sister “Durga”. The movie ends in tragedy :( Watch all three of them: this movie, ‘Aparajita’ and ‘The World of Apu’.

The World of Apu [1960]:
This is the last and final movie of the Apu Trilogy. Also known as Apur Shangshar. It focuses on Apu’s adult life. Another wonderful classic from Satyajit Ray. To enjoy this movie, see the first two movies of this trilogy.

The Godfather [1972]:
In my opinion Godfather I and II are two of the best movies ever made. Great story. Not a regular kill’em all type mafia movie.

The Godfather, Part II [1974]:
The Godfather Part 2 is as good as the first. Al Pacino, De Niro. Brilliant movie.

2001: A Space Odyssey [1968]:
I really don’t know what to write about this one. This movie was released in 1968, but when you see the special effects, you just won’t believe it. Simply AAAWESOMEEE. It shows how the human civilization started, how it got depended on using tools and how it’s going to end some time around 2001 .. I don’t know. I really didn’t get the story. I went to many sites and read many explanations. Still I don’t know what really the massage was. All I know is, I felt vacant and infinitesimal after watching our endlessly scary universe in front of me. Please watch it. 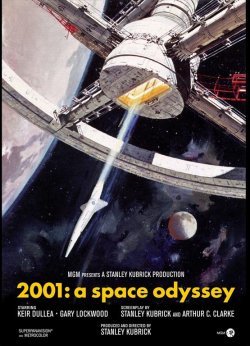 Saving Private Ryan [1998]:
World War II movie. Directed by Steven Speilberg. 8 soldiers risk their lives to save one Private James Ryan. I love war movies and this one is one of the best ones. Tom Hanks, Matt Damon, Vin Diesel and many more.

The Others [2001]:
“Sooner or later, they will find you”. It is not just another typical horror film. It is more likely a psychological suspense thriller. First part of the movie is kinda slow, but keep watching ..at the end the movie turns from ordinary to extra-ordinary.

Mystic River [2003]:
‘Mystic River’ starts by showing the main 3 characters when they were kids. Later in the film, after many years a huge tragedy happens which leads them back again and then the movie ends with another great tragedy. It is not a feel good movie and it doesn’t have a happy ending. But it tells us, life is long and sometimes we have to take time to figure it out. A must-watch movie. Tim Robbins, Sean Penn.

Schindler’s List [1993]:
This movie is based on the holocaust (approximately 6 million Jews were brutally executed during WWII by Nazis). A businessmen named Oskar Schindler hired 1,100 of them to work in his factories and saved them. Directed by Steven Spielberg. This movie is more than 3 hours long and captured in black and white (except few shots). But it’s worth it.

Gladiator [2000]:
I need not to say anything about this movie. If you haven’t watched it yet, watch it! “At my signal, unleash hell”. :p 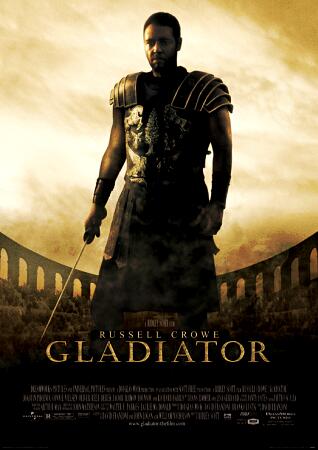 Armageddon [1998]:
This is the first movie (VHS, not in theater) I watched in USA :p Bruce Willis, Liv Tyler (daughter of Steven Tyler, Aerosmith), Ben Affleck. Plot is totally unbelievable: NASA sends some oil drillers to destroy an asteroid before it strikes Earth :p However, an enjoyable movie. I remember I even cried while watching the end (when Bruce Willis sacrifices his life) :p I guess I was just too young at that time :p Soundtrack includes one of the Aerosmith’s bests: “I don’t wanna miss a thing.”

American History X [1998]:
“Life’s too short to be pissed off all the time. It’s just not worth it”. This movie has a very powerful message and it is shown in a powerful way. It shows, hate is not the right way to solve things; there are goods and bads in every race/person. The first time I watched it, I sat there as it ended, and I was just completely in a state of shock. This is one of those movies everyone needs to see. 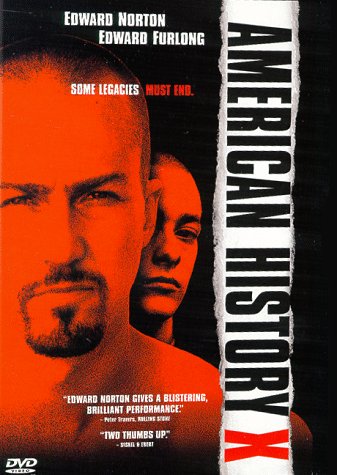 The Sixth Sense [1999]:
This movie is about a child who could see dead people. If you like psychological thrillers, this is a must-watch for you.

Braveheart [1995]:
I first watched this movie back in Dhaka at a theater and I cried :p An outstanding movie directed and acted by Mel Gibson. 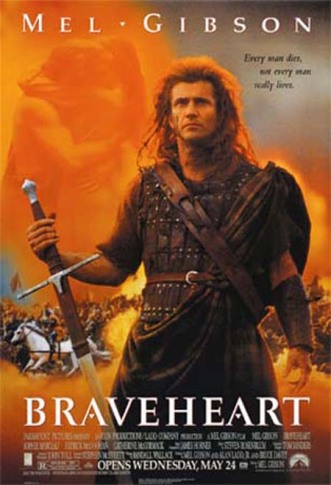 Crash [2005]:
This movie has no main character. It is about a group of people from different countries/races, the conflicts and crashes among them and how their lives alter in a short period of time (24 hours). A thought provoking movie.

The Patriot [2000]:
Another Mel Gibson masterpiece (Directed, Acted). It’s much like Braveheart (anti-England plot). Seems like Gibson has something against the British :p Watch it!!

Matchstick Men [2003]:
Great twist at the end. I wouldn’t say it’s a must see. You might like it, you might not. But I surely loved it. Nicolas Cage, Sam Rockwell.

The Silence of the Lambs [2001]:
Dr. Hannibal Lecter (Anthony Hopkins) performs as a brilliant psychiatrist and serial killer. Jodie Foster (a young FBI trainee) is sent to see Dr Lecter for his expert advice on catching another serial killer named Buffalo Bill. This movie is scary, filled with action and suspence. Great endling. If you like this one, you also should watch “Red Dragon”[2002], “ManHunter[1986]”, “Hannibal[2001]” and “Hannibal Rising”[2007].

The Butterfly Effect [2004]:
It is the type of movie that you need to see more than once to absorb all the details. If you enjoyed “Memento” or “Sixth Sense”, you will love this one. Don’t even bother watching Butterfly Effect Part 2 (stupid and boring movie).

Bad Santa [2003]:
“I’m an eating shitting drinking fucking Santa”. Crude, Insulting and Funny. I could watch this movie hundred times without getting bored. :p I already have watched it like 10/15 times. If I need a laugh, Bad Santa is what I put on :p

Black Hawk Down [2001]:
War movie. Based on a true event in Mogadishu (Africa). Excellent sound effects. For the first time in my life, I was actually thinking about buying a movie soundtrack CD :p

Memento [2001]:
This movie goes backward. It starts from the end and finishes at the beginning. :p

Windtalkers [2002]:
One of the best war movies of all time (in my opinion :p). Another excellent Nicholas Cage movie.

Million Dollar Baby [2004]:
The DVD cover wasn’t very impressive for me. Some girl wearing boxing gloves!! :p Wasn’t my type :p Anyway, when I watched it I was totally blown away. An amazing masterpiece from Clint Eastwood. This movie is not about boxing (as I thought at first), it’s about life. 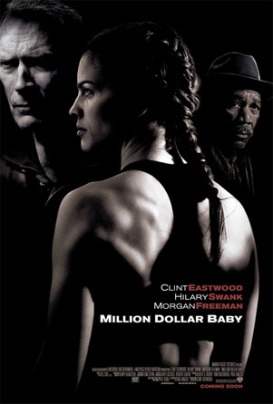 Snatch [2001]:
One of the best movies I have watched. Fast-action comedy movie and it made me ‘laugh out loud’ several times. Perfect comedy movie. A must watch!!

Lock, Stock and Two Smoking Barrels [1999]:
Another fast-action comedy movie from Guy Ritchie (director of Snatch). If you love Snatch, you would love this one also.